Skip to content
Contents show
An insightful view of one of Morocco’s most famous and iconic dishes.
What is a Tagine Pot?
How to Cook with a Tagine Pot?
Vegetable Tagine Dishes:
Tagine Pot Brands:
Related Posts:

An insightful view of one of Morocco’s most famous and iconic dishes.

What is a Tagine Pot?

First, it’s important to note that Tagine refers to both the cooking pot and the dish inside of it. The Tagine pot comes with a tall, cone-shaped lid that covers the wide and shallow base. In Moroccan tradition, Tagine pots are mostly made with unglazed clay or terra-cotta. However, other countries produce them using other materials such as cast iron, steel, or ceramic. Though the clay-made ones are more popular.

Tagine pots, like any other kitchen tool, come in different sizes. A small size is suitable for 1 or 2 people while a medium size can serve a small family. The large size is big enough to feed up to 6 people or more.

The traditional heat source for cooking Tagine is charcoal fire, as it slowly cooks the ingredients stuffed in the pot with the lid on top of it. The natural wood charcoal produces a delicious aroma while slow cooking enhances the flavors. Tagine can be cooked at home as well, and it can be either in the oven or on the stove.

How to Cook with a Tagine Pot?

The dish usually consists of vegetables, meat, chicken, and fish. When the dish is being cooked the steam rising from the ingredients is trapped in the lid. The moisture condensed on the lid drips back down into the dish, keeping the ingredients moist and tender.

The best thing about cooking a Tagine is that it requires very little effort. After all, the pot does all the work by slowly cooking the mixture of meats, vegetables, and spices. However, before using a Tagine as a cooking vessel, it’s extremely important to follow some crucial steps to protect the pot from cracking due to the strong heat:

When laying the Tagine on a hot surface, make sure that it’s not too hot. Make the heat low or at least medium and let the Tagine slowly and patiently be cooked. High temperature is dangerous to Tagines, especially the ones made with clay. Too hot or too cold surfaces can make them crack. Don’t let the heat source come directly in contact with the Tagine such as the strong flames of charcoal or wood fire, let the flames be as weak as possible, and lay the Tagine on something to separate them for a safer cooking method. When adding liquid such as water or oil to the sauce, make sure it’s not too hot to protect the Tagine. When cooking on the stove, don’t forget to use a gas/electric stove diffuser to protect your pot from cracking. Also, make sure to place the pot in a cold oven.

Vegetable Tagine is the most popular Tagine dish and is the easiest to make.

The main ingredients for this dish are:

Normally, the preparation starts with adding some olive oil then onions, celery, and garlic to the base of the pot, then coating them with the necessary mix of species such as cinnamon, ginger, saffron, cumin, turmeric, paprika, and chili, and letting them cook until they soften. Next, add the aubergines and let them cook with the mix for 10 minutes, then add the rest of the vegetables such as tomatoes and their water, chickpeas, and potatoes. Eventually, the conical lid is placed on top of the pot and the dish is left on low heat for hours for the Tagine to be cooked slowly until the sauce is thickened and the vegetables are moist and tender.

This dish is simple yet delicious and flavorsome. The Tagine pot itself acts as a serving dish, going directly from the kitchen to the dining table. However, the base of the pot can be very hot, so make sure not to place it on an unprotected surface. Wear gloves or lift the Tagine with some cloth to avoid having your hands burned.

Tagine pots, as mentioned before, come in different sizes and materials. However, these are the best according to natives and food enthusiasts:

Disclaimer: All content on this blog is created for informational purposes only. You shouldn’t use it as a substitute for professional advice, diagnosis, or treatment. 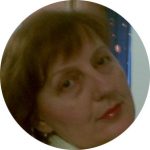 This site uses Akismet to reduce spam. Learn how your comment data is processed.

healthy-cookware.com is a participant in the Amazon Services LLC Associates Program, an affiliate advertising program designed to provide a means for sites to earn advertising fees by advertising and linking to amazon.com. As an Amazon associate, the publisher earns a commission from qualifying purchases.

By continuing to use the site, you agree to the use of cookies. more information